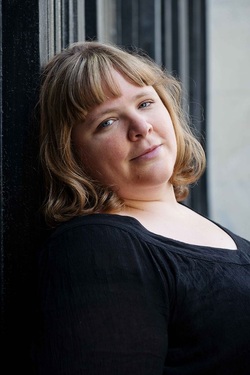 Ellie Macdonald has held several jobs beginning with the letter T: taxi driver, telemarketer, and, most recently, teacher. She is thankful her interests have shifted to writing instead of taxidermy or tornado chasing. Having traveled to five different continents, she has swum with elephants, scuba dived through coral mazes, visited a leper colony, and climbed waterfalls and windmills, but her favorite place remains Regency England. She currently lives in Manitoba, Canada. The Governess Club series is her first published work.

I have always been a reader; to punish me as a child, my parents would send me outside without a book. With that came writing. I did the requisite short stories and remember creating a single edition family newspaper with my younger brother the year my parents bought a Polaroid camera. But writing, while it came easily, wasn't something I considered as a career until the summer between university degrees 2 and 3.

I have a soft spot for historical romances, particularly those set in Regency England. Even though I read other genres, I am always pulled back to the romance of riding in carriages, resplendent dresses and socially correct/incorrect characters. I had just finished reading a historical romance when I thought of something that aren't normally included in these novels; if it is, it is usually presented as a past experience or brushed over. So I thought, "What would it look like to have that as a main feature of the story?" It spiraled from there. "What if that happened? And then this? And what if..." Knowing that I would never find a book to contain all these, I decided to give it a shot myself.

I spent the next few years writing on my own, reading both popular and new authors and developing my craft. It has been several years since then, but I am still just beginning. I have been fortunate enough that an editor chose to take a risk with me and that I am now seeing my pen name on sites like this one and for e-books. Here's hoping this journey lasts for a few more decades yet!